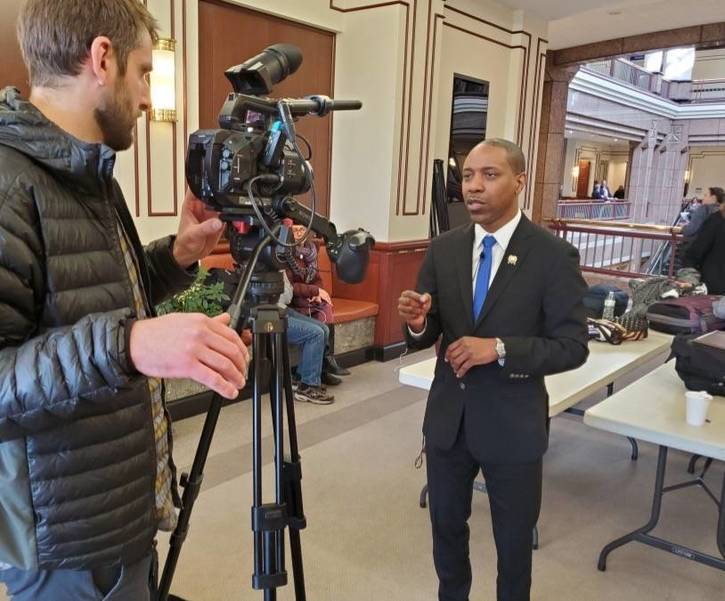 Assemblyman Jamel Holley (D-20th Dist.) is calling for a suspension of all marijuana arrests for petty possession as the state is expected to pass a ballot question legalizing recreational marijuana. Credits: TAPinto File Photo

ELIZABETH, NJ – With strong statewide expectation that voters will approve a ballot question tonight that legalizes recreational marijuana, Assemblyman Jamel Holley (D-20th Dist.) is calling today for a suspension of all marijuana arrests for petty possession.

Moreover, Holley said, all current cases for marijuana possession should be dismissed in municipal courts, freeing up any backlog in cases. One particular case, he noted, is taking place in Beach Haven, where the Ocean County Prosecutor’s Office has argued favorably before an appellate court to reinstate dismissed municipal court charges against two college students arrested for smoking pot in the beach last August.

“It is more obvious than ever that New Jerseyans want our lawmakers to focus on serious crimes that affect the safety and welfare of the people,” Holley said. “As we will quickly see at the ballot box, there is no patience anymore for prosecuting people caught smoking and possessing marijuana. It will be a legal, regulated recreational drug, similar to a glass of wine. There is no longer a need for our courts to deal with such petty offenses.”

Holley said legislation needs to be quickly drafted and approved that will modify the state’s marijuana laws, with the expectation of tonight’s vote. While the legislative process can take weeks to move from introduction to being finalized, it is important that local law enforcement recognize the mandate of voters and refrain from charges, all of which will likely be dismissed.

Moreover, Holley is calling for the passage of swift legislation – of which he would sponsor – that will jumpstart the cannabis industry while making it easier for New Jersey-based residents to own and operate a cannabis business.

Holley said it is vital that this industry benefit the “mom and pops” in towns across the state, as opposed to large, out-of-state conglomerates who will profit from the business, yet give proportionately little back to the state. He points to a recent Rutgers-Eagleton poll, which reports that 64% of New Jerseyans would support a marijuana dispensary in their town.

Holley anticipates a full roll-out of thousands of dispensaries in the state, with tax benefits and other incentives offered to minority, veteran and women owners.  That would be compared with the current number of 2,774 pharmacies, 1,800 liquor stores and 7,500 bars/restaurants in the state.

According to cannabis industry leaders, New Jersey has the potential to create a cannabis industry that will generate an annual $6 billion economic impact (direct sales, taxes, ancillary market, and multiplier effect) on an economy in desperate need of jobs and the businesses that creates them.

“We need to focus on how responsibly and quickly we can grow the cannabis industry and the potential annual economic impact it can bring New Jersey,” Holley said. “Considering that voters will be approving legalization, and considering we are living through an economic crisis of historic proportions, it is in the best of interests of New Jersey residents to create a large, responsible, robust, and inclusive industry as quickly as possible.”

It all begins, the assemblyman said, by ordering law enforcement officials to stop arresting residents for marijuana possession, and clearing the courts of such cases.